Well damn they are back at it. This makes me a bit nervous. These days it seems that being a dope emcee is synonymous with being a felon. This week the focus is on two of the most popular in the game. Here is how thatshiphop.com is reporting it 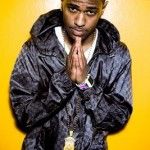 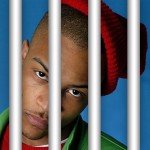 Big Sean was arraigned in a Lewiston, New York court Tuesday after being charged with sexual abuse by a 17-year-old female fan. Sean and his friend Willie Hansbro are accused of third-degree sexual abuse, forcible touching and second-degree unlawful imprisonment.

A grand jury has been scheduled, but for now, District Attorney Holly Sloma has requested a gag order because the alleged victim is underage. Their next court date is scheduled for October 11th. –Rahim Wright

It looks like the reason T.I. was shipped back to jail had to do with business.Officials are saying that Tip’s bus trip to the halfway house was out of line because he brought “unauthorized” people on the bus, namely his manager and two VH1 producers.

Prison officials are making this claim because Tip announced his new reality show and a new book the day of his release. The VH1 folks and T.I.’s management claim they weren’t talking business on the bus, but prison officials don’t believe them.

The Kang will now be released on the 30th of this month. –Rahim Wright