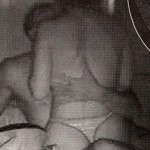 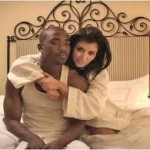 Now we have all caught wind of our favorite entertainers acting out the age old “horizontal boogie” on some visual medium of sorts. Why would you make a tape of it? Yea sure there is a thrill to it but if its a thrill you seek you should just jump out of a plane. Then you could tape it, email it, share it on facebook and you would still have your dignity; maybe even a little respect. In still, our favorite crooners, actors, and rockstars project their bodies intertwined, with all too often, someone elses sugar lump. Here is a story and example about how this can get messy….

American Idol Fantasia Barrino made a sex tape with new boyfriend Antwuan Cook, his wife is claiming in new court documents,RadarOnline.com has learned.PHOTOS: Sex Tape CelebsThe allegation is contained in a complaint Antwuan’s wife, Paula Cook filed August 4 requesting custody of their two children.”Husband and Ms. Barrino have at times recorded their illicit sexual activity,” Cook says in a declaration supporting her petition.According to Paula Cook, her husband and Fantasia, who won AI in 2004, began their affair a year ago.  She wants spousal and childsupport in addition to custody of the kids, ages 4 and 1.PHOTOS:  All The American Idol WinnersPaula Cook also claims she spoke by phone with Fantasia and she told her, “He don’t want you.  Maybe the next time that you get a husband you’ll know how to keep him.  That’s why he’s here with me.”North Carolina, where the action was filed, is one of just seven states that allow for a so-called “home wrecker” to be sued as part of a divorce action.So far Paula Cook has not taken that step against Fantasia but it is a legal option for her.