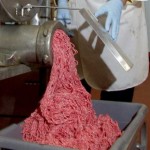 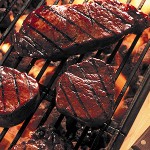 “What’s beef, beef is when you make your enemy start your jeep, beef is when you roll no less than 30 deep, beef is when I see you, guaranteed to be in I C U, Check it…..” The words of the late great, If you don’t know who said that then go Google it right after you Google MikeTwice.com. Now what’s beef? When two best friends stop talking to each other for a couple of days, some people say “Oh they’re just beefing” when in fact they are just not speaking to each other. No sir, beef is something a little deeper than that. Beef is created by two things: Someone protecting something and someone trying to damage that something. Whether those somethings are family, personal belongings or even a reputation. What ever it be, the persons involved in this beef have made a decision to prove a point that is beyond proving. This means that if I see you in the mall on Sunday after church, it could very well go down right then and there. On the more sinister side of the fence, beef could very well have a man sitting in your living room when you come home from party central. For instance, Rick Ross and Young Jeezy are supposedly “Beefing”. My motto is that if its on wax then its a battle. I know that doesn’t sound as steamy and juicy for you gossip heads, or sell as many records but until (and I am not promoting or condoning it) bodies start falling or arms start flailing its not beef. Hey once back in the late 70’s and early 80’s there were cocaine cartels beefing and I think we’ve all caught wind of how that turned out. Some beef is petty and some beef is all about principle but all true beef is like living in the danger zone. To those who may think we are beefing, guess again jerko thats not beef. Here let me give you some clues to know if you are beefing or not. If you just got to the club and you got the gopher piss beat out of you before you could look around good then you were probably beefing with someone. If your neighbor is in your parking spot every time you come home after you repeatedly told them not to…..chances are you are not beefing. Now that situation might call for you to tell them that “God made the Earth in 6 days and it belongs to us all, but this parking spot is MINE!”. This could also be the warning point for a possible beef if you lose your religion enough to tell your neighbor (in the fast talking Eddie Murphy voice): IF I come back down here and your car is in my parking spot ever again then you will be permanently apart of that parking spot. Now the neighbor has two choices, but the one who issued the “official notice” of beef only has one choice. Get it? I hope so because the name can be confusing as it is the same name of a delicious meat that come from cattle. My advice to you is don’t go around beefing unless you had no choice of the matter. Remember: the choice is given to the trespasser by the property owner(analogy), once the property owner has given a warning there is but one choice for him. I will leave you with this clever little word snack to chew on… Put some heat on that beef before you eat it, or it could end up killing you! This has been another MikeTwice.com production.