From Hipster To Hippie

24 Aug From Hipster To Hippie 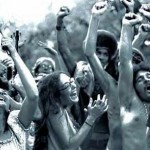 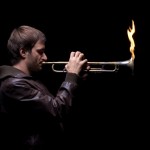 Its funny when you hear emcees who endorse their music as a vehicle to take you to another place  because ironically there has been some development into this concept. Exits the good-ole days of skipping gym class to share a joint and enters the age of “Digital Dope”. Now I find this fascinating because in the past I have claimed to provide digital dope and even nicknamed myself the monicker of “The Digital Dope Man”(song and all). But today’s claim has one upped me on the “dope” part of digital. “Please Mike Twice, get to the point!!” Well if you are going to be like that about it I will. There has been a wave of kids claiming to have listened to music and gotten “high”. No more cologne to cover the pungent smell of weed, no more checking your nose after a bathroom break, and no more paraphernalia to hide when you get pulled over by the cops. This new wave says that these kids put on a pair of headphones, lean back, and get high. I’m sure science has a HUGE log somewhere documenting a bunch of mambo jambo about how brain waves blah-bity blah when your blah-bity blah encounters more blah., but lets just look at it with out our lab coats. KIDS ARE GETTING HIGH OFF OF MUSIC. (regains composure). I myself was excellent at playing the trumpet in high school as I sat first chair and I’ve dabbled in a couple other instruments as well; but never once had I thought about making a person feel like they have just used a corresponding drug after listening to my music. I will say that I feel my music will make you high but just in another way. Imagine the scene: It’s the 70’s and there is festival somewhat like Woodstock. You take a road trip across the country to be apart of this historical event of your youth. You arrive to find that there is no close parking and the festival is in full swing. Your girlfriends says she can see the stage just over this hill as the music grows louder with its anticipation. You get over the hill and start to push through the crowd when you notice there is no pungent smell, there is no smoke at all, only people dancing around in that hippie way (you know) with headphones on. At first glance it may look like a crowd of weird-o’s (which they are) but as you delve deeper into this subculture you notice everyone is HIGH!!!. Now you driving 3000 miles with your cool-but nagging girlfriend just to partake in this festival are now aching to get high yourself. Well what do you do? You tap the tall guy with the afro on the shoulders and ask him to “hit” his headphones. Now if this guys is cool and prepared Im sure he would pass you his “sound by dre” headphones…or his digital device which is almost dead implores him to give you the cold shoulder and a look that says “Where are you headphones”? Are you still imagining? Well this scene is more or less going on with today’s youth in the craze to find more ways to reach that “zenith” called high. It comes to no surprise to me that humans still chase highs in new ways every year. You had people sniffing glue, the almost un-famous yet infamous “wip its”(it involves cool whip cans), now kids are crowded around ipods and stereos. I think this just proves normal as there has always been something the kids used to get high that slip right past their parents. Even everyday over the counter drugs were heralded as the new version of the “bees knees” at one point. Now I won’t lie, if my nephew came in the house acting weird with a pair of headphones on, I would probably almost slap his head off certainly to remove the hearing devices from his ears followed by the cliche’ parent type yelling that involves a one way street of conversation and a HUGE guilt trip. But the real question to the parents out there is, in this day and age of technology, how do you stop your kid from sniffing information, or smoking 1’s and 0’s as he or she enters into that realm of “high”? The answer is you don’t and you can’t. Think of all the times your parents demonized or rebuked something you did that you really enjoyed doing. It only made you hide it and figure out creative ways of preventing people from knowing what you have done. I want to leave you with this tidbit as it may mold your minds to handle this situation with a better understanding……The future is not now, it was yesterday……. I would like to wish all of you in the living land of TWICE to have a productive day and to use the most important tool you will ever have…till then..listen to this, it’ll make you feel groovy :-). This has been another MikeTwice.com development of everyday genius.