HELL NO I WON’T BLOW 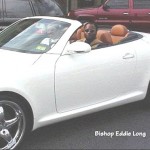 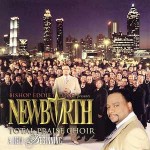 Welcome back to the living land of MIKETWICE.COM. Now normally we don’t gossip over here but todays story stuck out like a uuughhh well you see for yourself…. Supposedly a very prominent pastor is using his position to get young men to do “things” in exchange for things, for the first time we will use a story from MTO……….

Well, we’ve all HEARD THE RUMORS . . . now this ISH has hit the fan. Bishop Eddie Long, the jheri curled preacher known for his QUESTIONABLE SPENDING HABITS is being sued. Two teenage boys claim that he COERCED THEM into having sex.

Here’s how the Associated Press is reporting it.
The men were 17- and 18-year-old members of Long’s New Birth Missionary Baptist Church in Lithonia, when they say Long abused his spiritual authority to seduce them with with cars, money, clothes, jewelry, international trips and access to celebrities.

B.J. Bernstein, an attorney representing the plaintiffs, said that when the relationships started, the plaintiffs were past the legal age of consent in Georgia, which is 15.

“Defendant Long has utilized his spiritual authority to coerce certain young male members … into engaging in sexual acts and relationships for his own personal sexual grafitication,” the lawsuits read.

But it gets even more GRIMY. The suit offers extreme details including sex being exchanged for business relationships, spiritual creations, and religious validation of the alleged intimacy by Long.

Among the allegations is that the plaintiffs were initiated by Long into a pack called the Spiritual Sons. “Spiritual Sons are taken on public and private jets to U.S. and international destinations, housed in luxury hotels and given access to numerous celebrities including entertainment stars and politicians,” claim the plaintiffs.