The latest Pew Research report on Twitter use found that 28 percent of African-American adult Internet users tweet, compared with only 9 percent of whites. What’s up with that?

In contrast to Facebook, which was overwhelmingly white early on, Twitter has been dominated by black users since it was launched. As funny guy Baratunde Thurston, author of “How to Be Black,” pointed out two years ago when he was political editor at the Onion, Twitter’s top trending topics are often dominated by black culture, with hashtags like #YouAintHittinItRight, #blackis and #blackaint.

“Certain hours of the day, you will find Twitter is quite black,” he said.

Part of the reason is what sociologist Walt Jacobs calls “the digital divide” that saw blacks preferring mobile devices over laptops or PCs. Jacobs, who chairs the Department of African American and African Studies at the University of Minnesota (and tweets), said that more African-Americans preferred cellphones because they cost less than computers and offer private access in households with one shared computer. Tweeting was easier to do on cellphones than posting on Facebook or the once-popular MySpace was. Another theory trotted out by earlier research is that blacks are more interested in celebrity and entertainment news, which are big drivers of Twitter traffic (critics found that conclusion racist).

Jacobs offered one more possible factor: a sense of pride in economy.

“I suspect that some African-Americans may be drawn to the creative challenges of Twitter,” he said. “It takes work to communicate effectively in 140 characters or less, and gives you a sense of accomplishment. This might be connected to African-Americans’ historical necessity to get by with few resources and taking pride in doing so.”

Source: (c)2012 the Star Tribune (Minneapolis)
Thought this was interesting 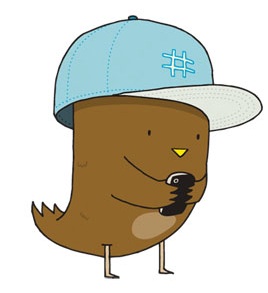