Why Clef!? (If I Were President) 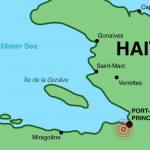 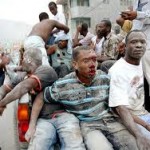 “If I were president, I would be elected on Friday, assassinated on Saturday, buried on Sunday, then…go back to work on Monday”? Ahhh yes the words of a poet spoken true except for the go back to work on Monday part which is a little confusing but we get the point! This poetry which was written and performed by Wyclef has now turned into a reality. The Once member of hit group The Fugees is now running for President of Haiti. Yea let that sink in for a second….The guys here at MikeTwice.com have a very good sense of humor but right now we are not laughing. We are pondering though. Lets ponder together. Remember that group of missionaries that tried to steal those Haitian Kids? Well maybe they caught wind of this news early and wanted to save them from Whyclef….(snicker). Ok, ok, ok no more jokes but does a country who just lost an ocean worth of people need a Guitar playing, grammy award winning President right now? Ok I know what you are thinking, Bill Clinton Played the Saxophone and George W. Bush played the nose straw, but that was not their claim to fame. I will say that those people in Haiti need heart felt music from a decked out studio in the islands  filled with air conditioned, refrigerated, warmed, golden toilet seats, surrounded by 24 carat gold wall paper. A bit much but you get the point. Now I’m not saying that Mr. Jean has not done anything for his country but is he ready and prepared to RUN a country? We’ve all played video games that allow us to control a city sort of like the Sims, but this is not a game and you can’t just hit the reset button because you “f’d up”. Personally I think I could be the presidential road trip d. j.  playing Gnarls Barkley and a Beetles mix I made just for Air Force 1, and Im pretty friggin smart. Maybe I’m just not the presidential type mainly because I’m the musicain/artist type which in itself leaves open room for assumptions and insinuations. Miketwice.com wants to know how do feel? Do you think He is up for the job or do you think he will be gone till November?