Hater? I’ll Have Another Please

17 Aug Hater? I’ll Have Another Please 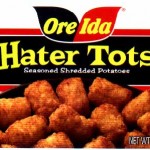 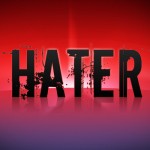 Greetings and good fortune to all in the living land of Twice! Today we will delve into the very jealousy ridden psyche of what we have all grown to call HATERS. Yes, to all you HATERS out there you shall finally get your just due or deserts(which ever suits you best). Everyone, close your eyes and think of the first HATER you can ever remember seeing or hearing about. Now some of you have come up with various people, some famous and some very much local. The very first hater that I can think of actually came from a very well known story from the bible. We’ve all heard of Cain and Abel, but do you know the story? Well without inciting a church service I will hip you to the business. Cain and Abel were brothers in which Cain was JEALOUS of Abel’s duties and eventually killed him. Hmmmmm. Now the very next HATER in the bible shows up in the very same book….the FIRST book of the bible. This HATER did not kill his brother, but he stole his brother’s blessing and birth right. He too was jealous of his brother before his act of HATE! Do you see the pattern? The first two HATERS in the bible hated on their own brothers. “Hated on”: Past tense of the act of hating on a person; verb ie. Jack hated on Frank when he saw how fly Frank was. Now I have brought these biblical stories to show you that most HATERS are usually with in touching distance. Many of us hang, chill, smoke, ride, and party with HATERS every day.We figure since they seem to mean well then they do but they don’t for the bible tells me so. Most HATERS will show up to your proverbial “game” wearing your jersey and will scream praises at the top of their lungs while meanwhile they cringe at every “basket” you score. Now if you plan to be successful do not let these stories hinder you from your path because contrary to popular belief, HATERS are trophies to be worn on the shoulders and brow of every successful person that has ever lived. But be fore warned that you have to be aware of who your HATERS are because they mean you NO good. If HATERS had their way, you would permanently be down and out, without a dollar, and without the sense it takes to reverse one’s own unfortunate situation. On the contrary, HATERS are the only real way to measure your success in its early stages. That’s right all you hard working people in the living land of Twice, if you are developing a project of some sort then stop this instant and count your HATERS because you may have more than you know. Lets break down what it takes mentally to be a HATER. These people typically never got picked first to play any sort of game, never had the “fine” girlfriend, never won first place on field day, NEVER was the “cool” guy in the back of the math class, and most definitely has been a HATER since this time in their life. One cannot be angry with HATERS for their unfortunate situations which they have constantly harnessed negative energy and created for themselves. A good friend of mine once said that “Hate is just injured love”. I like that phrase and I have used it on many occasions but I think it says a mouthful. These people who have been blinded by their thirst to be in the “light” just did not receive enough love in their life and subsequently cannot stand to see someone do better than they are doing on any level. Some HATERS want this success so much that they will rob, steal, and even kill for it, but mostly this is too much action for a HATER because if they had the energy they would have put it toward their own success. I used to hate HATERS until I learned to appreciate them. Earlier today I had a talk with a very close friend of mine as we both genuinely felt great to be able to identify our HATERS who were ironically very close to us. It was not until they were away from us that we recognized their HATERSHIP. My analogy was that HATERS are like mountains in which when they are right up on you it is hard to tell what they are. It is not until you put some distance between yourself and the mountain that you can tell how high it is. I will leave you with this: without HATERS we might not be motivated to finish the task at hand, without HATERS we might not be able to discern when true success is close by. To all the HATERS in the living land of Twice remember this……There is no HATER like a dead one. HATER, if you are near a mirror then kindly make yourself to it and KILL YOURSELF. This has been another MikeTwice.com everyday development of genius. If you have something to say then leave a comment…HATERS are encouraged to do the same as well. -Two Times-